George* had noticed that his urine flow seemed to be slowing down. It didn’t cause him concern; he figured it was ‘just one of those things’ that happens to older men.

It was only after the results came through from a routine PSA blood test that it became clear something was wrong.

He was referred to urologist Liam Wilson for a biopsy, and in August 2010, George was diagnosed with prostate cancer.

“My first reaction was just ‘oh, shit’, then I was just disappointed. My father had it, so there was always that chance.  While my father didn’t die directly from it, it contributed to his early death – he didn’t get it treated and looked at, he left it too long. But you know, I thought, they’re pretty reasonable at dealing with it now, and they can hold it at bay for a number of years, so I thought I’d just be positive about it. I had good support from my wife, and we just said, let’s go, let’s get it sorted, she’ll be right. I took a lot of confidence from Liam too; he was pretty positive about it.”

George and his wife discussed options with Liam, who advised a radical retropubic prostatectomy would be the best choice.

“Because the cancer was fairly big, the best way to deal with it was to just chop it (the prostate) out. We discussed robotic assisted laparoscopic prostatectomy, but it was more expensive. Still, we thought radical was the best option regardless.”

Liam had previously treated George for kidney stones at Grace Hospital, and George says that previous experience helped to remove any trepidation going into the operation.

“I had no fear. I’d been into Grace Hospital before for the kidney stones; I knew the hospital and what the people were like, and it’s a brilliant place. I wasn’t frightened.”

Post-operatively, George struggled with the catheter. 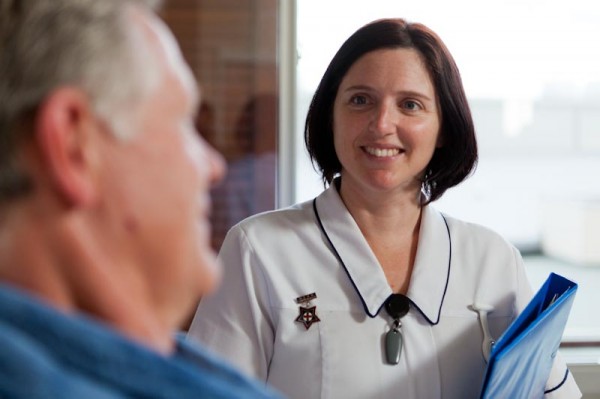 “It’s a shocking thing. You have to have it in for ten days, but you just remember it’s only ten days. You do get used to it – it’s just part of the recovery process.”

George says he spent the ten days after the surgery taking it easy, doodling on his computer and reading, with a bit of walking.

“I think I was off golf for about five weeks, then I was almost back to normal. It’s not a big deal if you do what you’re told. I ate and drank well, did a bit of exercise – and I didn’t even have to give up red wine.”

George didn’t suffer from any side effects after the surgery, aside from minor discomfort. He was immediately impressed by the improvement in his urinary flow.

“It just came straight out, very quickly. I was like a draughthorse!”

George says he was always hopeful that they’d beat the prostate cancer, having confidence in his diagnosis, the recommendations he received, and the skill of his doctors. But after the surgery, it was a matter of ‘wait and see’.

“It (the prostate) came out in October, and the following January, 2011, I had the PSA test again. That first one wasn’t a good result, and the second one indicated the PSA had actually gone up a bit. That showed they hadn’t got all the cancer.”

“There was certainly no pain involved, it’s just a damn nuisance. But, I figured, if it’s going to fix me, why grizzle? You’ve got to have a good attitude. Having good people around helps, like the urologists, and Grace Hospital staff – it makes a big difference.”

Subsequent PSA test results have been near nil.

“I’m very, very pleased. It would appear that the combination of the prostatectomy and the radiation is what’s fixed it. I feel good in myself. I’m hopeful that it won’t reoccur, but I don’t ever think about it. I’m playing gold a couple of days a week, I go fishing, eat and drink far too much. I’m good. I’m 72 and I feel about 53.”

After his journey with prostate cancer, George doesn’t hesitate to educate other men about regular checks, the importance of health insurance, and awareness of prostate cancer.

“If your GP isn’t regularly testing you for prostate cancer from the age of 50, I believe he’s failing in his duty to you. It’s no secret, you have to tell people, lay it on the line to blokes who think they’re bulletproof.”